Te Āpiti – Manawatū Gorge is a precious taonga, rich in biodiversity, cultural heritage and history. It is important that we work together to protect it.

For over a decade a ‘working agreement’ between Horizons Regional Council and the Department of Conservation around pest and weed control in the Manawatū Gorge ecosystem has been in operation.

Other interested parties became involved in the area and the project grew to include neighbouring landowners, tangata whenua, local city and district councils, and economic development agencies, who have worked alongside community groups and agencies such as NZTA and KiwiRail that have an interest in the Manawatū Gorge.

The Gorge Governance Group’s focus is to implement a 10 year vision for the project, secure finances and put in place appropriate systems to effectively resource and deliver the scope of the project and its work programme, while increasing stakeholder awareness and connectedness with this truly unique scenic reserve. The vision for the project has also grown from its initial focus on biodiversity to include recreational, educational and cultural values. 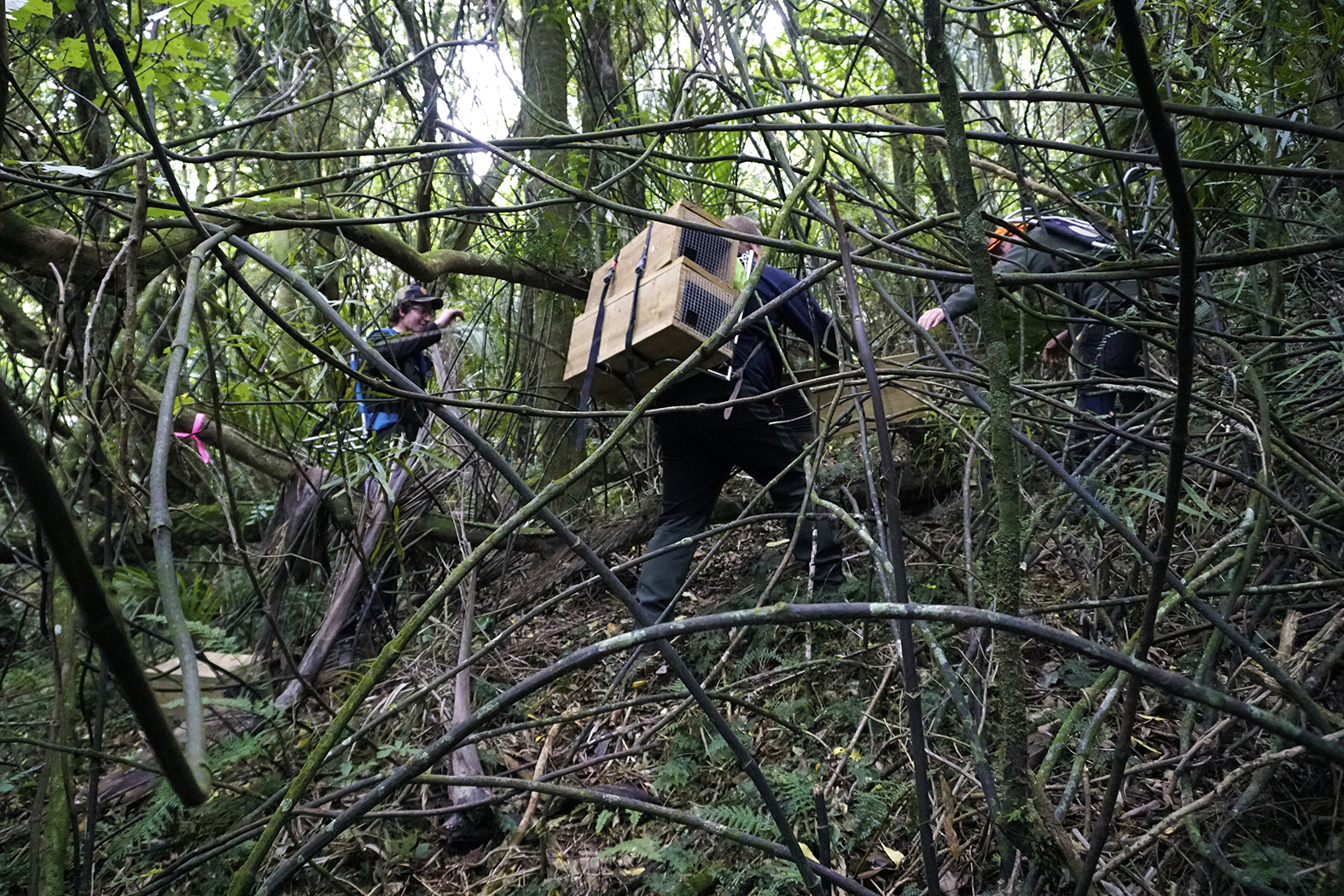 Closure of the Manawatū Gorge Road

In April 2017 the Manawatū Gorge Road was closed due to a massive slip at Kerry’s Wall. Following the NZ Transport Agency’s decision to permanently close the road a preferred replacement route was announced in March 2018. The new route will see a bridge installed at the Te Āpiti – Manawatū Gorge carpark at the Ashhurst end, heading north and then aligning adjacent to the river and Saddle Road. Both the road closure at the southern end and the proposed new road at the north end has created challenges and opportunities to enhance recreational, educational, cultural, and biodiversity values for the entire scenic reserve. To find out more about the preferred replacement route and get the latest updates visit the Te Ahu a Turanga (Manawatū Tararua Highway) page on the  NZTA website.